is a group of lakes of glacial origin located in the Rila Mountains. It is the most visited lake group in Bulgaria and is one of the hundred national historical sites. The lakes are located in the Damga section of northwestern Rila and are located stepped between 2095 and 2535 meters above sea level.

They take hollows on the slope of the mountain, with individual lakes connected to each other by small streams. As water flows along these streams, small fountains and waterfalls are formed. The first three lakes - the Tear, the Eye, and the Kidney - drain each separately into Gemini, from which the water flows in succession through the Trefoil, the Fish and the Lower Lake.

In the last two lakes a more powerful stream passes, which, flowing from the lower lake, gives rise to the German River (left tributary of the Struma). The name of each of the seven Rila lakes reflects some peculiarity of the respective lake.

The lake, which is located at its highest altitude, is called the Tear because of the transparency of the waters.

Next in height is the Eye (also called the Heart), which is approximately oval in shape. The eye is the deepest circus lake in Bulgaria - its depth is 37.5 m. Kidney is the lake with the steepest shores of the entire group.

The fourth lake is Gemini; it is the largest of the seven. The Shakhtar Lake is irregular in shape and low in shore.

The shallowest is Fish Lake; on its northeast coast is the Seven Lakes hut. The lowest lake is Lower Lake, from which the German River originates. 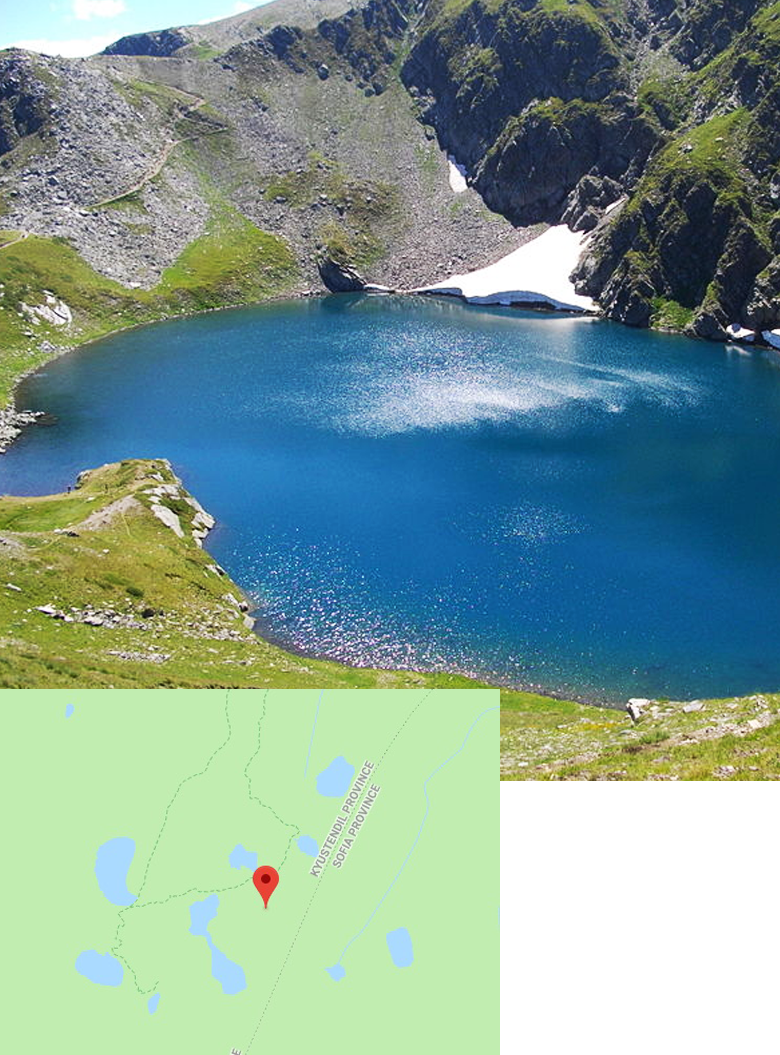 Everything for Your vacation

Amazing local cuisine which you can enjoy.

Perfect conditions for skiing and snowboarding.

Breathtaking setting which will free you from stress.

Each year, on August 19, the plateau near the kidney lake, one of the seven Rila lakes, is followed by followers of Peter Dunov from around the world. White Brotherhood members from Russia, Poland, England, Scotland, Switzerland, Portugal, Italy have certainly been spotted this year. It is difficult for the average person to grasp the appeal of the ideas of Peter Dunov, whose admirer is the famous designer Paco Raban.

The most common impressions of the rituals of the Danes - prayers, gymnastics, the ritual dance of Paneurhythmy, the songs - show that these are people who believe in God like all Christians, but Christianity mixed with the particular teaching of Dunov. Dancing and movements, worship of the sun, ideas of space and energy are reminiscent of Buddhism, Bahá'í Faith, Yogism and other Eastern teachings. But in any case, it is not a fanatical or aggressive sect, but an extremely peaceful and self-indulgent people.

Like yogis, they are vegetarians and do special dance-like exercises that are reminiscent of Chinese gymnastics. Every year on this date, hundreds of pilgrims welcome the sunrise in Rila, stand up and raise their right hand to the sun. On the hills and peaks near the hut "Rila Lakes" this year were located in groups of several hundred pilgrims. As the sun rose, gospel prayers began, interrupted by songs and music by violins and cello. Then one of the brothers read a talk from master Dunov.

After the sunrise ritual, at 10 o'clock in the morning, the white-clad dunes traditionally gather in concentric circles on the plateau near Lake Kidney to perform the Paneurhythmy dance. The dance means, generally speaking, cosmic rhythm. Through it, the Danes adjust themselves to the stellar rhythm according to their teaching. The dance lasts an hour and a half with many complex movements and steps. The whole time he is sounded by a string orchestra and choir, located in the middle of the circle.

The Legend of the Seven Rila Lakes

says that thousands of years ago, when there were no people on earth, in the Rila Mountains lived two giants - a man and a woman. They loved each other and worshiped the beauty and comfort of their home. Their home was so attractive, sunny, warm and cozy that it could not but charm every living creature, and their love was enjoyed by all the elements and the whole world.

Unfortunately, one day evil forces passed by their home. When they saw this beautiful place, they envied the family's happiness, became angry and decided to destroy everything and to erase their love forever. They began sending black clouds and devastating winds. Terrible earthquakes shook the earth. The Giant fiercely defended every branch of grass, every little stream or flower, defending his beloved and repelling the attacks of evil forces. However, this only ignited their enormous malice and cruelty, and they decided to finish their infernal end.

In a difficult battle, the young giant fell killed. Satisfied with their victory, the evil forces left, leaving behind broken rocks, ruined valleys and a grief-stricken woman. The grief of the young widow was so great that her tears flowed unceasingly and flowed down the ridges straight into the valleys. They poured and gathered in the valleys as they formed clear lakes with amazing purity.

Before Kidney Lake, mountain guides show a huge cliff facing Lake Tear. The shape of the rock resembles the figures of a man and a woman of enormous size. According to legend, these are the two lovers who will remain to keep their beautiful home forever.